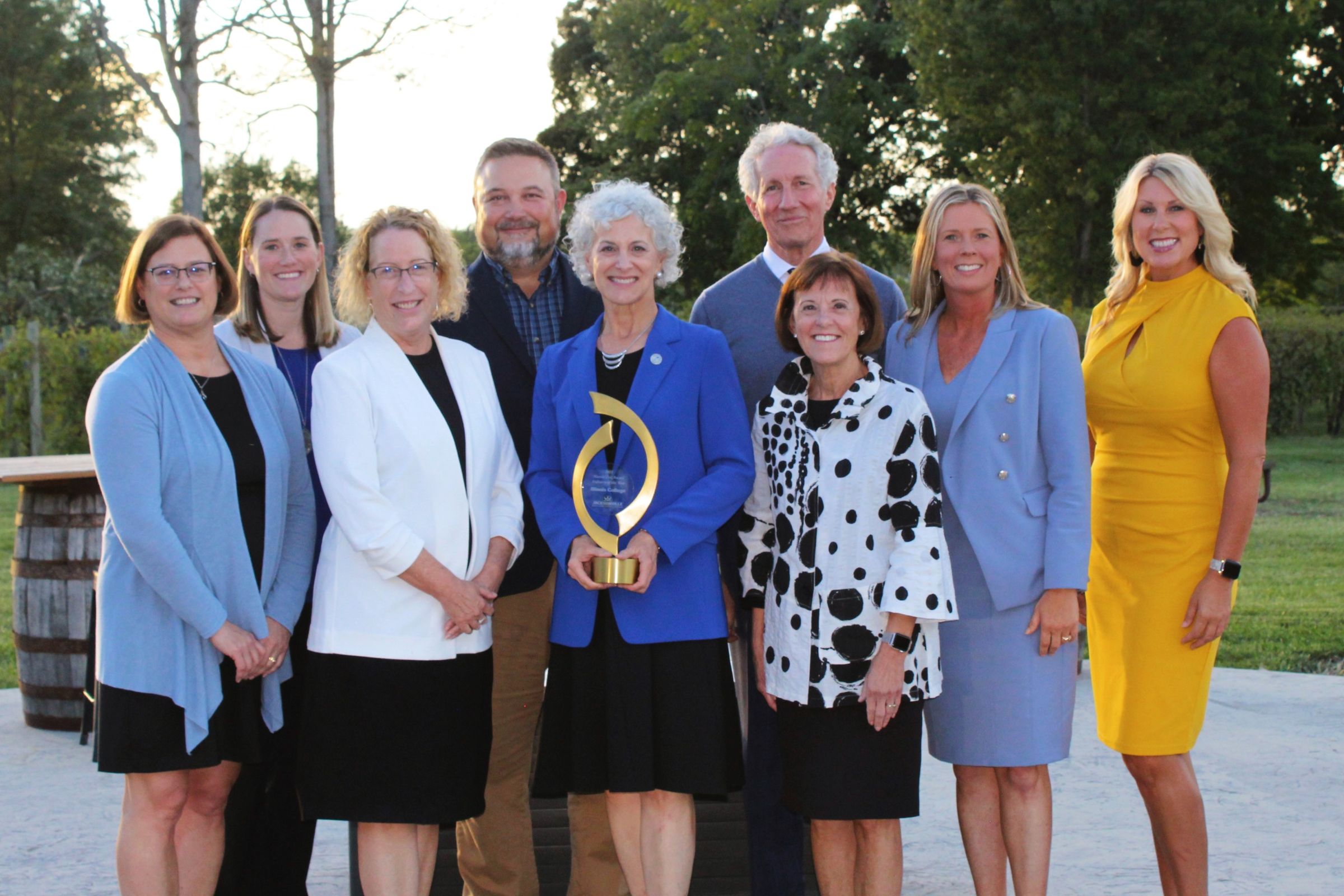 Since 1990, JREDC’s Existing Industry Committee has presented the Industry of the Year Award to a company exhibiting outstanding business development and activity that enhances regional economic viability. In recognition of its inspiring evolution and continued growth, the 2021 Harold Cox Industry of the Year is Illinois College.

During a time of unprecedented change, Illinois College is one of the only colleges in the Midwest experiencing enrollment growth. New offerings in nursing, agribusiness, criminal justice and neuroscience and expanded offerings in communication and business have helped the college realize a 21 percent increase in enrollment in the last decade. In addition, the launch of fully online programs for working adults in business, health care and education are helping meet the workforce needs of regional employers.

The recent completion of a $50 million comprehensive campaign has allowed Illinois College to make improvements in its infrastructure, technology, quality of student experience and availability of scholarships. A complete renovation of Crispin Hall will allow the college to expand opportunities in science for its students.

When MacMurray College announced it would close its doors in March 2020, Illinois College moved quickly to ensure Jacksonville’s only four-year clinical nursing program would continue. In starting a full nursing program in the short period of five months, the college responded to an important community need. Now, over 100 students are studying to be nurses, and the college expects that number to grow substantially in the next few years.

Illinois College’s continued commitment to the Jacksonville region is invaluable. A respected employer, the college also provides this area an educated and skilled workforce. Continued improvements to the hilltop campus positively impact the economy by supporting local contractors. Finally, the spending power of the 1,200 students who call Jacksonville home ten months each year is crucial to the success of many local businesses.

Also, during the event JREDC named the Morgan County Fair Association the recipient of the 2021 Champion Award. The award was created to recognize exemplary support for economic development in Morgan and Scott counties from an entity that does not have economic development as its primary purpose.

Perhaps one of the most impactful changes occurred when the Fair Board decided to add live musical entertainment at the Grandstand during the fair. For the last 15 years, concerts have drawn a crowd to the Morgan County Fairgrounds ranging from neighboring communities to many states away. In fact, this year’s Cody Johnson act drew 8,000 concert ticket buyers and an additional 4,000 visitors to the fairgrounds that evening.

The Fair Board has also dedicated resources to the horse arena and added a rodeo as a new attraction. In addition, livestock shows also bring people to Jacksonville from surrounding counties during the fair. The Jacksonville Area Convention and Visitors Bureau estimates that more than 37,000 people attended the 2022 Morgan County Fair resulting in an economic impact of $3.6 million.

Outside of fair week, the Morgan County Fairgrounds remains active. Improvements made to the 4-H Building have made it an attractive venue for community events. The Jacksonville Speedway has been a staple for entertainment for decades drawing spectators and drivers from across the nation. Recently, the Speedway’s dirt-track races began being televised nationally, bringing the fairgrounds to a larger stage. In addition, improvements made under the Grandstand have attracted more people to events at the fairgrounds.

The Jacksonville region benefits from visitors to the Morgan County Fairgrounds because they stay in the area hotels, buy fuel and supplies at local stores, eat in nearby restaurants and support community vendors – all of which is vitally important to the Jacksonville region’s economy.

Kristin Jamison, president of JREDC, outlined the successes of the organization during a short program on Thursday evening. She highlighted the successful addition of the former MacMurray College properties to the Enterprise Zone, the collaboration with the City of Jacksonville and Illinois Housing Development Authority to complete a Community Revitalization Project and facilitation of nearly $3 million in local, state and federal grants to small businesses in Morgan, Scott and Cass counties through work as a Community Navigator, to name a few. The organization is also working with the Jacksonville Area Chamber of Commerce to pilot a program to connect area high school students to work opportunities with local manufacturers.

JREDC Immediate Past Chairman Jodee Nell thanked the organization’s staff, Bonni Waters and Jamison, for their dedication and passion for the Jacksonville region. She also acknowledged the many JREDC investors in attendance, thanking them for their commitment and financial support.

Nell recognized the attendees for the trust and support given to her during her two years as Chairman of organization. “Although there is more to achieve, I believe our work over the past 24 months has made this a better community – one we are all proud to call home,” she said.

The mission of JREDC is to create, expand, recruit and retain job opportunities for Morgan and Scott counties. The investor-based group traces its beginnings to 1964 when the Jacksonville Area Industrial Corporation was formed with the objective of creating jobs by acquiring new industries and assisting the growth of existing industries. 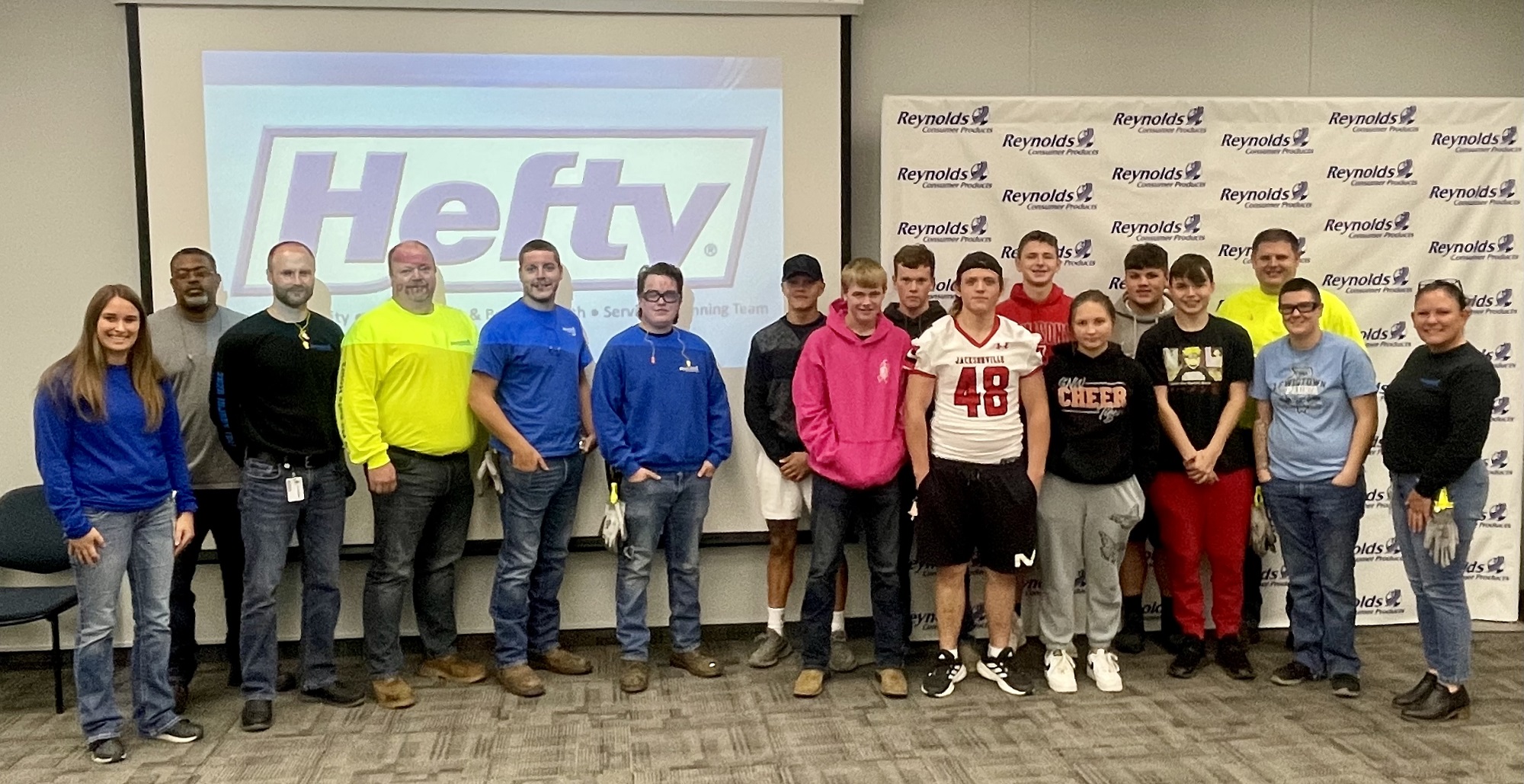 Why You Should Invest in the Jacksonville, Illinois, Region: Diamond Level Investor Spotlight